A guide about the history, rules, regulations, import laws, and how to buy Kava in Australia.

Our website is dedicated to providing you with clear information about buying Kava in Australia. While we don’t sell kava, we aim to give you the tools to buy kava and understand kava in Australia. 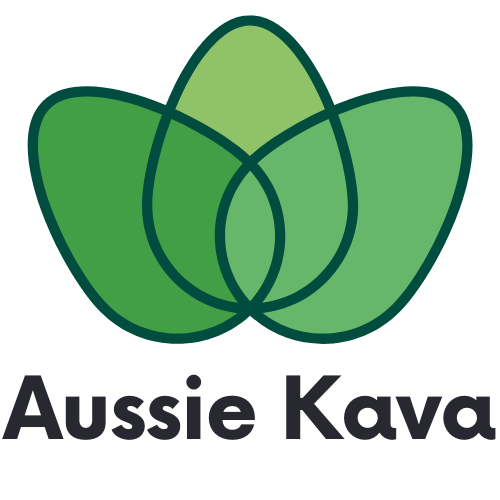 On this page, we will cover these topics:

1. Kava in Australia – A Brief History

2. Kava Rules and Regulations in Australia

6. Kava Quality and Testing in Australia

8. Kava Shops and Vendors in Australia

12. Kava in the Media in Australia 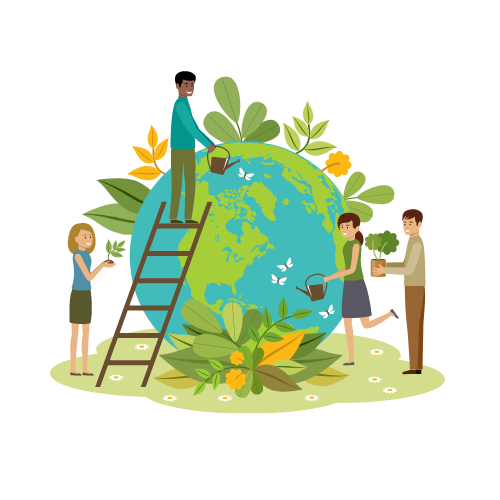 1. Kava in Australia – A Brief History

First things first, we want to discuss what Kava is and its history in Australia. Kava is a herb that has been used for centuries by Pacific Islanders for ceremonial purposes. The Kava plant is native to the South Pacific islands and its use spread to other areas including Australia.

Kava was first introduced to Australia in the early 1800s by Captain Cook and other explorers. It wasn’t until the late 20th century that Kava started to become popular in Australia. Kava bars started popping up in major cities and people were looking for ways to buy Kava online.

The popularity of Kava in Australia has led to some controversy. Some people believe that Kava is unsafe and can cause liver damage. However, there is no evidence to support these claims. Kava is a safe and legal herb that can be enjoyed by adults in Australia for most states.

There are some states you cannot ship Kava to or buy it legally in, such as the Northern Territory. This is because Kava is considered a dangerous substance, which means it has a high potential for abuse and can be harmful to your health.

For other states, Kava is legal and can be bought without any problems. Each state has different laws regarding Kava, so it’s important to check the regulations in your state before buying or consuming Kava.

2. Kava in Australia – Rules and Regulations

Now that we have a little bit of background on Kava, let’s talk about the rules and regulations around Kava in Australia. Kava is classified as a restricted import in Australia, which means it can only be imported for personal use or by an authorised importer.

Importers have to get a permit for each import that they bring in as well. Making this a lengthy and costly process. Kava cannot be imported for commercial purposes unless you have a valid permit.

There are also some restrictions on the type of Kava that can be imported into Australia. Only Kava that is from the Piper methysticum plant can be imported. This plant is also known as Kava Kava and has been used for centuries in the Pacific Islands for its medicinal properties.

Kava Kava is a member of the pepper family and is native to Polynesia, Fiji, and Tonga. The active ingredient in Kava Kava is called Kavalactones. These are what give Kava its relaxing and sedative effects.

Bringing Kava into Australia for Personal Use – Regulations

There are also restrictions on how much Kava you can bring into Australia. For personal use, you can only bring a few kilos in as a traveller.

You can also bring Kava Kava plants into Australia as long as they are for personal use and not for commercial purposes. Kava Kava plants can be bought from online nurseries or specialty plant stores.

If you want to bring Kava Kava plants into Australia, you will need to get an import permit from the Department of Agriculture.

You can Buy Kava in Australia – just be careful!

If you want to buy Kava online, you need to find a retailer that is an authorised importer. You can find a list of authorised importers on the Australian Customs website. One such importer that we like, is Australian Kava. You can buy kava from them in Australia and they have premium quality kava at very reasonable prices from what we can see & have tried. They also have great kava information – way more than anywhere else.

The Kava import laws in Australia are in place to make sure that only Kava from the Piper methysticum plant is being imported.

It has to be noble kava, which is Kava that has been grown in the Pacific Islands and is from a specific strain of Kava.

The Kava has to have a certificate of analysis from the country of origin, and the importer has to have a permit for each import.

This is important, because Australia is in a trial for importing Kava. The Kava that is being imported has to meet certain standards, so it’s important to only buy Kava from an authorised importer.

Up until now, you couldn’t import kava into Australia for commercial purposes. However, in December 2021 the Australian Kava industry was given the green light to start importing Kava for Kava bars, Kava cafes, and Kava retailers.

The Kava industry in Australia is still in its infancy, but it’s growing quickly. There are already a few Kava bars and Kava cafes open, and more are popping up all the time.

4. Where to buy Kava in Australia

You can buy kava from a number of places in Australia. But it’s worth considering where you get the best value from, and the best quality.

If you want to buy Kava online, then we recommend Australian Kava. They are an authorised importer of Kava, and they have a great selection of Kava at very reasonable prices from what we can see & have tried.

You can also find Kava at some health food stores, and at some Kava bars and Kava cafes.

There are a few Kava varieties available in Australia. The most popular strains of Kava Kava are Mahakea, Borogu, Gorgor and Waka.

Borogu is one of the most popular Kava strain in Australia. It is a strong Kava, and it has a high ratio of Kavalactones. This is what Australian Kava sells but there are a number of other places that sell different types of Kava.

Just make sure that you check the kavalactone levels in the Kava you are buying, as this will give you an idea of the strength of the Kava.

Ideally, you are looking for Kava with a Kavalactone level of at least 9%. 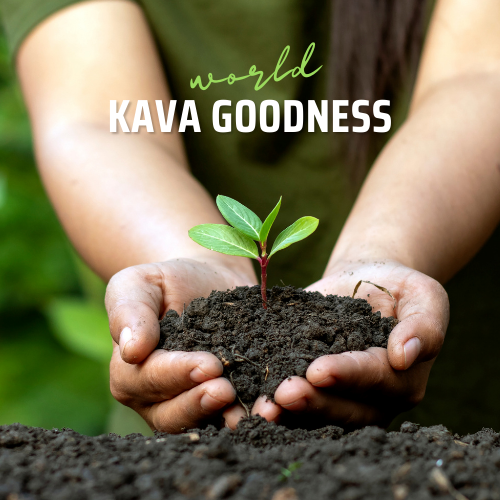 There are a few different ways to prepare Kava in Australia.

The most popular way to prepare Kava is by making Kava with water dissolving. This is actually the only real legal way to do it. Kava extract can’t be sold in Australia.

You can also make Kava by grinding the Kava root into a powder, and then mixing it with water.

A great kava recipe can be found here and they have a whole bunch of other recipes on there too.

The Kava dosage in Australia is typically around 2-3 grams per person. But it’s always best to start with a smaller dose and work your way up to find what works best for you.

There is also something called reverse tolerance , which means that the more Kava you drink, the less Kava you need to drink to feel the effects.

So, if you are new to Kava, start with a small dose and work your way up. And if you are an experienced Kava drinker, you can increase the dose to find what works best for you.

Kava Quality and Testing in Australia

We know that Australian Kava has their Kava tested by a laboratory in Vanuatu, and we have also seen Kava from other suppliers that has been tested by the TGA.

So, when you buy Kava in Australia, you can be confident that it has been tested for quality and is safe to consume.

The government wouldn’t let it in the country otherwise!

Kava is legal in Australia, and has been for a while but what was illegal was commercial importing of Kava.

However, in December 2021 the Australian government legalised the importation of Kava. This means that you can now import Kava for your own personal use without any problems.

It’s critical to have a permit to import it, though.

8. Kava Shops and Vendors in Australia

It’s not AS common to find someone selling kava in a store with a physical location in Australia. However, there are a number of Kava vendors that sell Kava online. 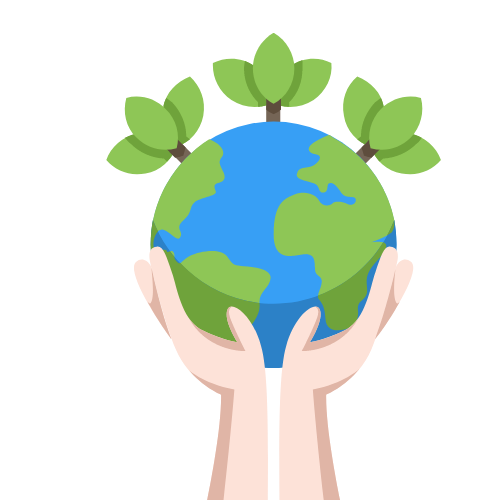 You should read the description of the Kava Kava Blend to see what it is designed for, and then decide if it is something that you are interested in.

Kava is not currently cultivated in Australia, but there are plans to start Kava cultivation in the future. Kava is a crop that takes around 3-5 years to mature, so it will be a while before Kava is being grown in Australia.

But it is something that is being worked on, and we will keep you updated as more information becomes available.

If you are interested in attending a Kava event, check out the Kava Events Calendar to see if there are any Kava events happening near you.

They are a good chance to drink Kava and make Kava friends!

The Kava community in Australia is growing every day. If you are looking for a place to connect with other Kava enthusiasts, check out the Kava Forums .

The Kava Forums are a great place to ask questions, learn about Kava,

12. Kava in the Media in Australia

Kava is starting to get some attention from the media in Australia. Kava was featured on The Project and 60 Minutes , and there have been a number of articles written about Kava in Australian newspapers.

This is a good sign that Kava is becoming more accepted in Australian society, and that it is here to stay.

The issue is that Kava is still not well understood by the general public, and there is a lot of misinformation out there.

We hope that as Kava becomes more popular, that the media will start to cover Kava in a more positive light.

But overall we like that Kava is getting some attention from the media, as it can only help Kava become more mainstream. 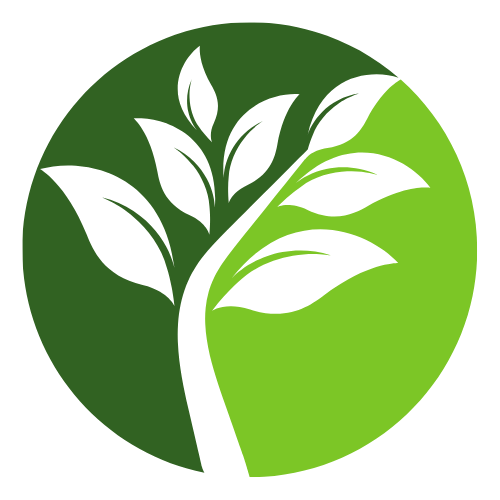 Check out some australian shops you can buy kava from such as Australian Kava today. Or do your research further and find another shop! Up to you completely.